Thus, Han draws our attention to the modern, secularist linkage of religion-tradition-old versus technology-secular-new, pointing to the common use of this oppositional linkages in scholarship about technology and religion, suggesting that, uncritically, scholars have understood technology as a mere tool of moderns, as opposed to a active-causative-factor in human development (cf. Latour’s account of network actor theory in Reassembling the Social).

In this way, Han suggests that because post-modernity is fully integrated with the Internet and its technologies (and especially as it has to do with how humans conduct sociality) that understanding and studying religions aside from Internet-related technologies is to misunderstand our epoch, and probably our present humanity. Key to this claim is Han’s insistence that there is a distinguishable distinction between ‘official religion’ and ‘online religion,’ yet qualifying that these two forms of religious practice are not easily untangled in post-modernity.

The author claims to focus his study on “worship and community,” looking especially at issues of “embodiment, affectivity, and sociality” (12). Using the work of John Law (See After Method, 2004), Han uses a method which he calls “praxiography,” a recognition that the social sciences do not discover definite (absolute) sociality, but instead are part of the creation of praxis, that Reality is a ever-changing interplay between various praxic realities that ebb and flow with/against one another. Han writes: “praxiography suggests an overlap and interfering of realities with one another, with their relations being ‘partially co-ordinated,’ ‘complex,’ and ‘messy’ ” (13).

The author engages sociologists of religion (especially Max Weber and those engaged with his work), digital media studies, and studies about modern, American Protestantism. Han tempers this focus on lived religions in the 20th century with an extended engagement with critical, social theorists (e.g., Deleuze and Asad), and, particularly in chapters four to six, with scholars of secularism (e.g., Mark Taylor). The theoretical richness of Han’s work is one of the most powerful and provocative components of his monograph, and Han’s demonstration of a breadth of interest and knowledge bodes well for his project and those like it in the future. 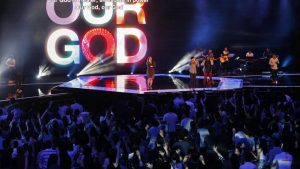 that both technology and religion – contrary to the secularist claim that these concepts are epistemologically different – have the same basic goal: representation. Han, in the second chapter of Technologies of Religion, argues that both religions and technologies seek to create worlds in which humans are able to live both materially and psychically, citing specific examples of how Bright Church’s digital media strategy aims to create these cosmogonic phenomena.

In chapters three and four Han discusses his idea that the “religious use of digital technology” produces an “environmental or architectural” sphere for the adherent, focusing on embodiment and community. Han’s fifth chapter takes up the topic of contemporary capitalism, arguing that “living in a ‘post-secular’ age can also mean living amid the ‘return’ of metaphysics, under the regime of consumer capitalist spirituality” (107).

In the final chapter of Technologies of Religion, Han suggests that with post-modernism we are experiencing a return of the religious, but without Transcendence – because of the plethora of epistemes to choose from and the understanding that one may hold multiple contrasting views all at once – and that “neither religion nor science has a monopoly on how people view the world and themselves” (112). Han concludes: “In this media age, it seems that the secularization of religion has brought forth the return of metaphysics and the sacred, albeit in immanent form” (113).

Technologies of Religion purports to be an examination of the complex relationships between religions, digital and media technologies, and humanity, and it certainly fits the bill. Han’s monograph is an excellent example of interdisciplinary, engaging, and avant-garde scholarship complemented by insightful ethnography for demonstrative purposes.

Yet, one downside of Han’s work is that while he raises important questions and provides provocative answers, the briefness of Technologies of Religion leaves the reader unsure if Han has provided enough evidence and argumentation to ultimately substantiate his claims. Technologies of Religion is more of an appetizer, and not an entrée, into the boggy situation that the utilization of new digital and media technologies have produced in post-modern, religious practice. Han’s monograph is best suited for scholars and graduate students, and may be unapproachable for the undergraduate or amateur audience.

More specifically, Han’s chapters (four to six) on postmodernism, secularization, and late capitalism are more theoretically sophisticated than his discussion of Bright Church and the intersectionality of the religious and new digital and media technology. Another drawback of Han’s monograph is the disjointed nature of chapters one to three (part 1) and chapters four to six (part 2).

While part 1 engages lived religion and online religion in an American, Protestant, multisite megachurch, dealing squarely with the utilization of technology to engender new, digital spheres of religious practice, Part 2 turns almost solely to the secularization hypothesis, and its relationship to post-modern forms of religious practice. 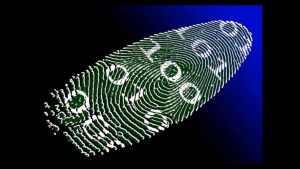 Thus, the most notable connection between part 1 and part 2 is Han’s focus on the social nature of postmodern religiosity. And so, for example, his discussion of the ultimate importance Bright Church’s Online Church chat room may be linked to his conclusion about the re-emergence of the religious bereft of Transcendence, but this is not a connection Han makes explicit.

In conclusion, Han’s Technologies of Religion is a good book for those interested in the intersections of religions and technologies as well as scholars who are compelled by the secularization hypothesis and/or those investigating the nature of religion and humanity in our post-modern, late capitalist, consumer culture.

Albert McClure is finishing his doctoral degree at the University of Denver-Iliff School of Theology joint program.  He is the author of “Elisha’s Trickster Tales” in John Greene (ed.),  Men in the Bible and Related Literature and (2015) and  “The Book of Job As ‘Text'”, in Mishael Caspi and John Green (eds.), Job of Uz (2012).

The following is a talk presented at the Weatherhead Center for International Affairs, Harvard University, and is the first installment of a two-part series. When I was invited to give this talk, my first reaction was “why me”? As a rather obscure and not very orthodox sociologist of religion from a second-tier West Coast teaching […]

The following is the first of a three-part series. Introduction: Alice and Entheogens My aim here is to analyze spiritual phenomena using contemporary mythological and pop-cultural referents, such as Alice’s Adventures in Wonderland (1865), Through the Looking Glass and What Alice Found There (1871), and The Matrix. Using these texts as interpretive mediums, I hope […]

The following is a talk presented at the Weatherhead Center for International Affairs, Harvard University, and is the second installment of a two-part series. The first installment can be found here. II. Epistemological Musings So much for “the deductions from the obvious” that I promised to explore with you. I also promised you some “epistemological […]