Andrew Newberg’s Neurotheology is a book of questions: why are some people religious and others not? Does religion have an impact on health and well-being? What is the difference between religion and spirituality? Can religious and spiritual thought be localized to one hemisphere of the brain? What can brain imaging tell us about mystical experiences?

Newberg describes this book as an “attempt at a reasonably thorough, and user-friendly, tour of neurotheology as it currently stands.” [3] He describes neurotheology as carving out an “integrated approach to the nature of the human person by combining the physical and the spiritual,” i.e. an integrated approach to brain science and the broadest possible conception of spirituality. [4] This approach is deeply interdisciplinary. Such an approach mirrors how humanity itself deals with the world, writes Newberg. [5]

This raises the question of the relationship between religion and science. They are described as the two “primary forces” in human history and Newberg is thoughtful about the possibility of bringing these forces together to forge a more holistic understanding of humanity. When observing that both science and religion are products of the human brain, for instance, he carefully notes this is not a reductionist position. “Even if there is a God that exists outside of the brain,” the brain enables belief and creates meaning. [6] 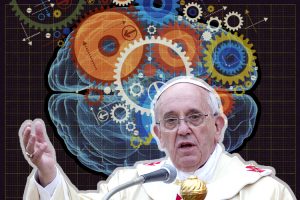 In his third chapter on “Neuroscience and Neurotheology,” Newberg provides a short and accessible overview of brain structure and function in relationship with religion and spirituality. In a fourth chapter asking, “What is Religion from a Neurotheological Perspective?,” he provides an excellent overview of prior attempts at defining “religion” and follows this immediately with a chapter attempting to define and distinguish “spirituality.” Among these efforts are scientific attempts to operationalize categories for research and those who have found the search for a definition of “religion” intractable may find this approach helpful. This is one of the key strengths of the book. Newberg uses big ideas as a starting point in a movement toward increasingly precise terminology and the careful construction of potentially answerable questions. Which is to say, questions that are potentially answerable by future research in neurotheology.

Chapter Six discusses the relationship between religion and evolution with characteristic nuance. Newberg cites prior work with Eugene d’Aquili where they argue religion supports two fundamental brain processes: self-maintenance and self-transcendence. Self-maintenance refers to survival; perhaps religion makes a contribution to physical and mental health. Self-transcendence is the capacity to strive for something greater than ourselves; perhaps religion contributes to our drive for social cohesion. Newberg is aware that some writers have tried to use evolution and science generally to denigrate religion or explain it away. He is adept at presenting potentially theistic and non-theistic perspectives on equal footing. This sensitivity is especially helpful in his subsequent two chapters dealing with the psychology of religion and brain pathology.

The interesting question of whether Saul’s Damascene conversion could be physically correlated with a temporal lobe seizure is raised. [7] Future research in drug-induced religious experiences is also discussed, but the issue seems so directly on point that I wished for more than a four-page treatment. Most importantly, Newberg again demonstrates his concern for careful language by concluding with consideration of how we discern between “’normal’ or ‘abnormal’ spirituality or religiousness . . . in relation to a pathological brain state.” [8]

In an anthropological turn, chapters nine and ten deal with how myths and rituals interact with the brain and body. Can myths be connected to particular regions of the brain? Perhaps the limbic system for strong emotional content or the frontal lobes for executive function? Newberg suggests these questions are answerable through careful research design and fMRI. Concerning ritual, he offers the compelling possibility that we might be able to use scientific measures to determine the intensity of brain response in comparative studies of different religious traditions and techniques. 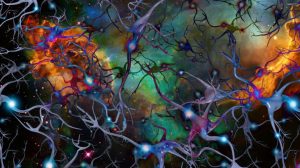 Newberg also argues that the myth-ritual relationship is a question of unity. Myths “present a problem as a pair of opposites to be resolved” and rituals “typically produce powerful unitary experiences,” potentially resolving the mythic dilemma. In mystical practices, this resolution may rise to the level of a total union of self with other, or self with God. In the fourteenth chapter, a closer look at mystical experiences wonders if they might help us resolve the “fundamental problem of escaping our brain.”

Through a neurotheological framework allowing us to associate physical brain states with subjective mystical experiences, Newberg believes we can achieve an epistemological breakthrough. While the significance of this is difficult to overstate, it is equally difficult to grapple with what such a breakthrough might look like. Newberg himself compares it to unified field theory.

This book proselytizes for neurotheology. In every chapter, provocative and potentially world-changing

questions are raised and it seems neurotheology may lead to answers. This makes for exciting reading but the book works best as a broad overview. It is exactly what it promises to be in its introduction—a passionate and optimistic tour of an emerging field. For this reason, it is difficult to fault the book for a lack of depth in some places but it could stand to be a little more down to earth. An honest look at the technical challenges involved with using different kinds of brain scans to study religion and spirituality is a welcome dose of realism in chapter eleven, for instance.

Overall, Neurotheology is a fine introduction to the field and it will make an excellent supplement to introductory and methods courses in the study of religion. This is due in part to Newberg’s knowledgeable and nuanced treatment of the questions and terms important in theological and religious studies. His balanced and reflective approach to the relationship between science and religion is refreshing and makes his work a pleasure to read.

Joshua Canzona received his PhD in Theological and Religious Studies from Georgetown University in May 2018, is a senior fellow in the divinity school at Wake Forest University.

The just-released, multi-volume Norton Anthology of World Religions is a major project of substance undertaken by a group of world-renowned scholars in comparative religions.   However, what makes it stand out is the contribution of Professor Kancha Ilaiah, who hails from an illiterate sudra shepherd family. In the four-level Hindu caste system the sudra are the […]

Sergeev, Mikhail.  Theory of Religious Cycles: Tradition, Modernity, and the Baha’i Faith.  Amsterdam:  Brill Rodopi, 2015.  ISBN-10:9004300031.  Paperback.  176 pages. In A Theory of Religious Cycles Mikhail Sergeev undertakes the daunting task of establishing a universally applicable framework of religious development. Coming from communist Russia in which religion was prohibited, Sergeev’s voice distinguishes itself as an […]