This stimulating volume of ten articles by historians, sociologists and theologians leads readers into the field of “theory and method” for the study of religion. Kovács and Cox regard the phenomenological change and the transformation and development of methodology in the context of Eastern European societies. As most of the articles were keynote addresses presented at the international conference for the European Association for the Study of Religions (EASR) in 2011, New Trends and Recurring Issues not only explores the history of European religions in the nineteenth century, but also argues that “the historical circumstances and logistic divisions have tended to separate [Eastern European] scholars working in this region from the West[ern Europe]” (2) in the twentieth century.

The editors demonstrate that the concept of the science of religion was extended through the contribution of sociology, anthropology, psychology, and phenomenology. The study of religion then became the private sphere of the communist party in which religion, under the Marxist institutes of philosophy, disappeared from Eastern European culture between 1945 and the 1990s.

The forbidden study was only exercised in limited scholars’ curricula of ethnography, ancient history, philosophy or theology. The collapse of Soviet regime revived the study of religion with new ideologies. Kovács and Cox contend that such a tendency is a unique characteristic of the history of religions of Eastern Europe.

Divided into three sections, the first section provides an overview of the field, written from sociological and historical perspectives by three Hungarian scholars. Boberto Cipriani in chapter one introduces new movements in the sociology of religion in the second half of the twentieth century. The period between the 1960s-1980s was seen as the time where religion was “invisible,” but from the 1980s, religion was depicted as “diffused religion.” The “derivatization of religion” was also regarded as a social phenomenon of post-1990 European countries.

Chapter two compares the two natives of Transylvania-Erdély, the Italian scholar Raffaele Pettazzoni (1883-1959) and the Hungarian scholar Károly Marót (1885-1963) in terms of key scholars in the field of the history of religions. They both lived during the period of the Italian and Hungarian Communist parties, but while Raffaele Pettazzoni was interested in the science of universal religious history, Károly Marót linguistically produced significant inputs in the theories of religion, magic, and poetry, particularly with three themes, such as the ‘psychogenetic’ element (“acting at the most basic psychic level in the first stage of the formation of religious representations”), the theory of ‘sub-logic (subconscious)’ that provides the source for human intellectual advancements (41), and the theory that “the various intellectual creations of humankind cannot be separated and considered as pertaining to distinct fields of human activity” (6).

The impact of the Dutch Leiden School of modern theology is approached in chapter three with the notion of dialogue and mutual influence between the Western and the Eastern Europe. The case study where Cornelius P. Tiele (1830-1902) of The Netherlands attempted to study Ödön Kovács (1844-1895) who was an expert in the comparative study of religions, was demonstrated through considering the two volumes of A Handbook of Philosophy and Religion. The nineteenth century Hungarian scholar was seen as a significant historical figure in the development of religious studies in the late nineteenth century, especially in the origin of the field of the science of religion.

The second section enumerates the current issues and new approaches by the four academics of Finland, Scotland, and Hungary. Among them, chapter four addresses about the religious change of Central Eastern Europe by the four models of  “secularization,” “social drama,” “civil religion,” and “empty or free.” András Máte-Tóth defines them as social scientific theories, but he denies the capacity of a single theory for the diverse nature of religious phenomena. Máte-Tóth assumes that an interdisciplinary approach can lead to a balanced and thorough understanding (98). Religion is seen in the perspectives of ‘spatial orientation,’ ‘landscape,’ and ‘the environment’ in chapter five.

Here, the concept of religion was altered in “the complex relationship between the environment and 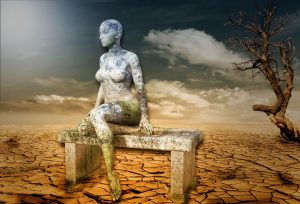 human societies and between geography and culture” (7). The two fields of religious studies and landscape studies were coherently understood as all religious forms are necessarily constrained by the conceptualizations of space. Meanwhile, James L. Cox probes the social issue of “academic neutrality or objectivity” in a narrative of Zimbabwe.

The question, what social responsibility scholars have to the communities they are researching was considered with the role of religion and the issue of AIDS. Although an African Initiated Church treated disease through the Pentecostal phenomenology of prayer and laying on of hands, the conclusion was taken as that “the role of an academic is limited to describing social and historical processes” (148).

The three paradoxes are proposed for the study of new religions in chapter seven. The “eternity paradox” addresses the point that all religions should not be bound to temporary appearance; new religions have timeless roots and a limitless future for its believers. The “continuity-discontinuity paradox” was interpreted through the illustration of the coming of Christianity to Rome where it was an “unprecedented” new religion for the Roman gods and the already imported and established religions, but for the Roman-Jews it was “a continuation of their traditional monotheism” (154).

The “definition paradox” was similarly depicted by the case of Romans who labelled all religious comers as
new religious groups. On the other hand, for Roman-Christians the Jewish religion was the old one, and their own religion was “new” (158). Vilmos Voigt pointed that Christianity was not a new religion around 1000 CE, but became the religion. Chapter eight approaches the scientific concepts of “memes,” “possible worlds,” and “quantum theory.” The term “memes” is defined as “cultural replicators” in which religious ideas are reflected as the most successful of all memes. Balázs Mezei comprehends the ‘possible worlds theory’ in the notion that “there is a world in which contingency is reduced to a state close to zero, that is, a world very close to being necessary” (170).

The action of prayer was adopted as an example in that “a prayer is made possible by the characteristic distance between possibility and actuality in a given situation, but to every such world there belongs a world in which this distance approximates zero” (173). Additionally, implications of quantum theory (a theory of physics) are seen as being relevant to the study of religion in a concept that “structures and forms of the theory entailing propositions about the ultimate horizon of knowledge and reality, with which religion is most importantly concerned” (174).

The final section of two chapters addresses philosophical issues through the phenomenology of Christian faith and practice. Martin Moors of Leuven, like Mezei, draws attention on the meaning of prayer. But this time the religious ritual is imagined as “art,” in which prayer, with the help of the (Holy) Spirit, is the experience of unity with God. There are elements of “speech act” and “hymn” in the process, but Moree compels that the potential of aesthetics can intensify prayer’s inner principal impulse to unite with the divine (206-209).

Similarly, the meaning of “holiness” is analyzed in the view that “the intentionality of the object of the religious act” is distinguished from “the subjective experiential interpretations of the “Holy” (11). In other words, personal holiness can be attributed to offices or ordinations of persons, while the concept of “Holy” can be applied for a doctrine or book that contains revealed truths or words of God. 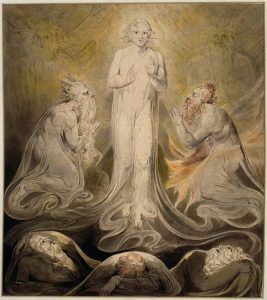 Josef Seifert argues that transcendent holiness should operate normatively in ranking and evaluating religions. He also sustains that transcendent holiness is not dependent on the quality of ‘supreme judge’ (210-211) and that the scholars of religion should examine whether a given religion is holiness-based or not and then analyze the role holiness plays in the rituals of the religion.

New Tends and Recurring Issues is an important and timely edited book, introducing the Eastern European perspectives of the theory and method for the study of religion. The uniqueness and richness of the ideas are theoretically unveiled, based on the cultural and historical experiences in the twentieth century. The various new approaches and issues bring a fresh insight for readers, including those who are interested in the sociology of religion and new religious movements.

This book will be useful to cultural, political, intellectual, linguistic, historical, and religious scholars and students.

David W. Kim is a Research Fellow at the School of Culture, History and Language at Australian National University.

Review – The Contemplative Self after Michel Henry (Michael Saunders)

Rivera, Joseph. The Contemplative Self After Michel Henry: A Phenomenological Theology. Notre Dame: Notre Dame Press, 2015. ISBN-10: 0268040605. 408 pages. Paperback. “Here below, too, life extends its reign. Its concrete modalities are the atemporal substance of our days. Any visible appearance is paired with an invisible reality. With each mouthful of the visible, as Kafka says, an […]