Several genres of writing stereotypically intersect with the topics of medicine and religion: empirical studies of religion’s impact on various health outcomes, historical studies of the relationships between religion and medicine, and general guidebooks on being a more spiritually sensitive healthcare practitioner. Balboni and Peteet both employ and modify these traditional approaches to the topic, making this book uniquely suited for use by health care practitioners.

The first section explores the implications of religious belief in various medical subspecialties: pediatrics, palliative care, gynecology, and intensive care units. The gift of most of these chapters on religion in clinical specialties is that they are written by physicians practicing in the respective disciplines. Organization by clinical specialties shows what this reviewer, experienced chaplains, and most medical practitioners know: religion’s role in a clinical encounter depends on the location of the encounter and the state of the patient and family. The chapters on clinical disciplines consistently identify issues where further research is needed, extending this book’s efficacy to those considering research in such disciplines. 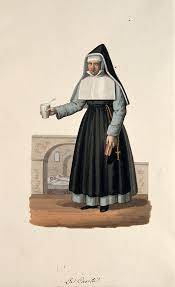 This book’s organization makes it especially useful for medical students as well as clinical pastoral education students. These essays cite the quantitative research on their respective specialties but do so in a way that shows religion’s relevance for those not versed in the intricacies of quantitative research.

After examining the role of religion in various clinical specialties, the book moves on the treat other aspects of the interaction between religion and medicine. Leading scholars such as Gary Ferngren look at the role of religion and medicine in historical perspective drawing on more respective work. Brett McCarthy and Warren Kinghorn explore the role of theology in evaluating religion and health. Another chapter treats the important legal matters that govern physician-patient relationships. Taking into consideration the numerous cases that arise each year relating to healthcare matters, especially in the wake of the Hobby Lobby decision by the United States Supreme Court, it is highly possible that the legal section may soon find itself dated and in need of a new edition. The closing chapter is a meta-analysis of the field of medicine and religion by noted biostatician Tyler VanderWeele, synthesizing statistics concerning the role of religion and health across disciplines.

In recognizing that the there is no single abstract narrative about religion’s relationship to illness, Peteet and Balboni have given us a clinically useful book in lieu of something simply theoretical. This book is ideally suited for use by medical students and residents, as the structure of the book around clinical specialties allows for them to use it encyclopaedically as opposed to necessitating a thorough linear progression. Peteet and Balboni have made a thoughtful, useful contribution to the growing field of religion and medicine, for which we owe them our thanks.

Aaron Klink is Chaplain at Pruitt Hospice in Durham, North Carolina. He received his B.A. in Religion and Political Science from Emory University, his MAR in Theology from the Lutheran Theological Seminary at Philadelphia, his M.Div. from Yale Divinity School and his Th.M. with a concentration in Ethics from Duke Divinity School where he was Westbrook Fellow in the Program in Theology and Medicine. He completed Clinical Pastoral Education Residencies at Yale-New Haven Hospital in New Haven, CT and at the Veterans Affairs Hospital in Durham, North Carolina. He has served on the chaplaincy staffs of Yale New Haven Hospital, Duke University Medical Center and is an ordained pastor in the Church of the Brethren. His publications in medical ethics have appeared in the American Journal of Bioethics, Reviews in Religion and Theology and the Christian Century. He has received research grants and fellowships from the Louisville Institute, the Duke Institute for Care at the End of Life, the Collegeville Institute, and the Lilly Endowment.  He is an active presenter on the role of religion in medical ethics at theological conferences across the United States and Canada.

William Desmond, The Intimate Universal: The Hidden Porosity Among Religion, Art, Philosophy, and Politics. Columbia University Press, 2016. 520 pages. ISBN 9780231178761 Illustrating the constrictions of the received metaphysical legacy, the intimate as a universal seeks a space between the typical contrasts of the notion of particulars and universals, or the immanent and transcendent. Desmond […]